Imagine a world in which every member of Parliament must pass an intelligence test!

Lakeshore Light Opera presents Iolanthe, a satirical operetta. It pokes fun at politicians with complications from a lively band of fairies.

Plot Summary: Fairy Iolanthe was banished from fairyland for marrying a mortal. Pardoned 25 years later, she introduces her son Strephon, who is half fairy. Strephon loves Phyllis, as do most of the House of Lords.

Phyllis observes Strephon talking privately to his mother, who appears to be a girl of seventeen. Phyllis then ends their engagement. She’ll give herself to Earl Tolloller or Earl Mountararat – she doesn’t care which.

Offended, the Fairy Queen punishes the Lords, giving Strephon power to rule Parliament. He decrees all Lords must qualify for their position by competitive examination.

Iolanthe’s husband, believing her to be dead, decides to marry Phyllis himself. What happens then!?

Lakeshore Light Opera has been entertaining the West Island since 1955. They’ve raised over $227,000 to benefit the Lakeshore General Hospital Foundation. Enjoy a magical evening while supporting a great cause. http://www.llo.org 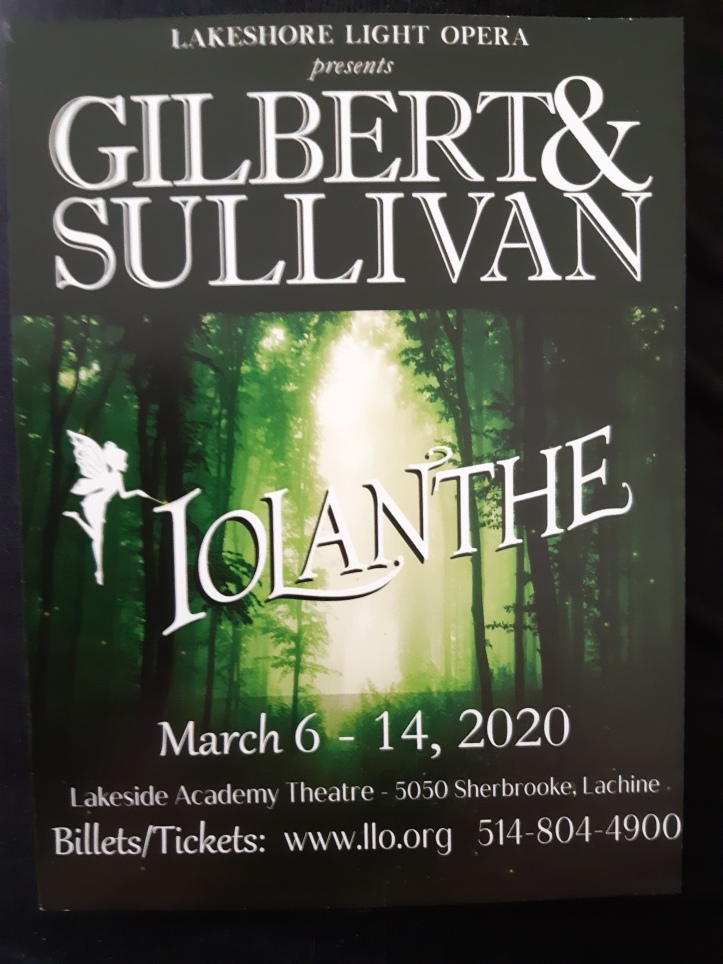